We usually credit the Victorians with the invention of most of our Christmas "traditions. "  But when it comes to the dinner, their 18th century predecessors practiced plenty edible customs of their own.  In her best-selling cookbook from 1747, Hannah Glasse included a recipe for "a Yorkshire Christmas Pye:" a novelty gift made of turkey, goose, partridge, pidgeon, woodcock, rabbit, “and what sort of wild Fowl you can get.” [1] Mince pie was also a beloved holiday treat suitable for raucous tavern celebrations.  The Royal Society's illustrious and oh-so-exclusive dining club enjoyed it without fail every year.[2]


Those of more limited means were by no means excluded from edible traditions.  Plumb pudding was standard fare even for those who toiled in the workhouses around Westminster.  And in 1802, the Foundling Hospital’s matron requested Malaga raisins, allspice, ginger, and 28 pounds of suet for the orphan children’s “Christmas Puddings.”[3]  Up and down the social scale, holiday meals meant serious business.

Especially for royalty.  A while back, I had stumbled across two elaborate royal menus hidden away in the British Library's manuscript collection, but I fear that they won't arouse your hunger.[4]  Most of the dishes are "disguised" in elaborate word puzzles.  Many of them sound downright disgusting.  "Quintessence of Toes," anyone?  Perhaps the denizens of the 18th century would find these puzzles hilarious, but the jokes are all but lost on us modern readers.  See for yourself below.

First Course
Top Dish
The House of a Bird with the Life and Death of a Calf, season’d with Lord Mayor’s pride and Welshman’s Delight, and garnished with an Old Woman of ninety.
This was a soup.
The Remove
The fleet of Conveyance
Starrs broil’d with Lawyers fees for Sauce, garnish’d with Horses
Bottom Dishes
Fragments of the preserve of Rome in a pye.
The Sign of the going out of March divided with the Debtors Security, Sweet Wine, and the produce of a Walking Stick.
Side Dishes
Eternal pikes broil’d
The Imposters Earring ragou’d

Second Course
Furrows roasted.
An unruly Member chop’t small and mix’d with reason, and confin’d in a Courtier's promise.
The Top of Corn roasted
These were the Top, bottom and middle Dishes.
Side Dishes
Colour’d Boards fricasee’d with Stationer’s Ware
The bash of a Jest burnt
A Ragou of Slops, with the Original of Eternal pikes, and the sweet support of Life and small.

If this wasn't enough to sate your appetite, our anonymous record-keeper included a second menu for the next day.  So save some room for more!

His Majesty’s Dinner on the Following Day

First Course
A Fool’s head with a Lilliputian Sauce, garnish’d with Oaths.
A roasted Turnspit
The revenue of being proud in a pye
The Grand Seignour’s Dominions roasted
Side Dishes
An unruly Member
The best part of an Office
The inside of a Snuff Box roasted
A Maid with Jump Sauce, surrounded with Beaus fool’s Coats
A Dutch princesses pudding

Third Course
Three Dragons swimming in Cows blood and Indian powder
Quagmires, quintessence of Toes, sweet Turds and a transparent Cock standing in the middle
Three fiery Devils smother’d in their own Dung
Side Dishes
Two Quakers hashed
A Sign in the Zodiack butter’d

Liquors
The Joke of a puppet Shew
Counterfeit Agony
The twelfth part of a Chaldron of Coales
A Soliders Habitation, with a pretty Lady in it

Some of these dishes are obviously intended to disgust.  It's hard to argue with the "sweet turds" and "three devils smothered in dung."  Yet after giving it some thought, I realized that some of these dishes might not be so bad after all.  Many of them seem to be in code:

"The Divine Part of Mortals Fry'd" - Might this be fried sole?" 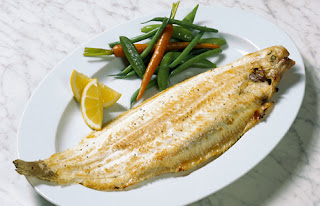 "The Grand Seignor's Domains Roated" - The Grand Seigneur was none other than the Sultan of Turkey.  Guess our holiday palates have not changed as much as one might think! 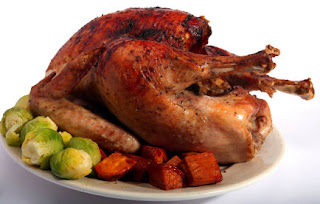 "The Revenue of Being Proud in a Pie" - Could this be a humble pie?  Who knows what secret meat-treats lie beneath this delicate crust? 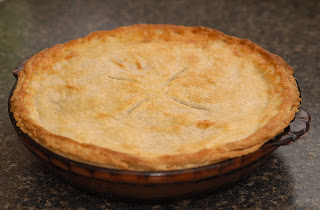 If the history buffs and crossword-nuts out there in the blogosphere join forces, I am sure we can solve this foodie puzzle.  Happy Holidays, and Happy Sleuthing!